A simple example of OAuth

Traditionally, it is the social media applications that have been the main drivers behind OAuth deployment.  In the past, web applications such as news media sites would maintain their own user profile data by providing the option to each of its users to create custom profile on the site for better user experience.  This approach had many shortcomings for both users and media sites:

Over time, social media sites such as Facebook, Twitter, LinkedIn, and Google have become the defacto repositories of a user’s social identity or profile. The availability of existing social identities with rich profile data provided an opportunity for sites to access user data outside their domain of control. OAuth is an identity standard that enables sites to access user profile data outside their domain of control without requiring users to pass their username, password to the site.

The Figure below illustrates a simple example that leverages OAuth.  A news media site (client application) that provides an option for a better social experience by allowing a user (resource owner) to post a comment on an article with the user’s facebook profile attributes (name, photo, location) displayed next to the comment. The user in this example, grants control to the news media site to fetch its facebook profile attributes from the facebook site (service provider) without ever revealing an email or password to the news media site. 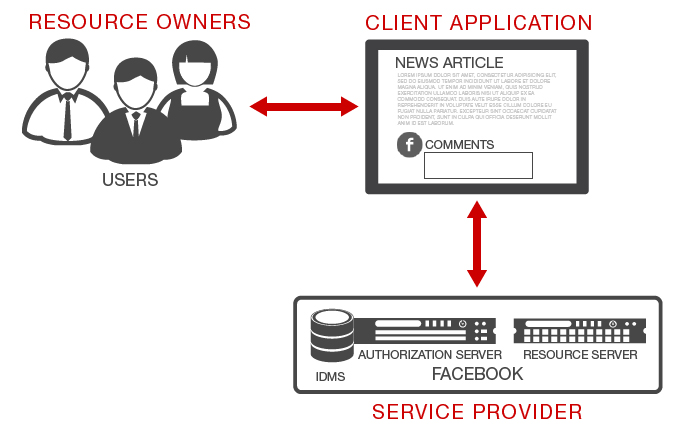 The figure above is a common use case where a user (resource owner) is accessing a new media site (client application) to post a comment on an article using a Facebook account. Before the comment can be posted, the news media site fetches the user’s facebook profile attributes (user owned resources) from facebook (service provider). The granting of access to resources owned by the user to the client application on behalf of the user is enabled by the the OAuth standard.

The flexibility and power of OAuth introduces complex transactional interaction between the parties in the three-legged OAuth model. Although the previous example demonstrates a common use case, there are multiple design time and run time interactions that take place behind the scenes between different parties.  The previous example is expanded to illustrate the run time interactions that take place to enable a seamless user experience. 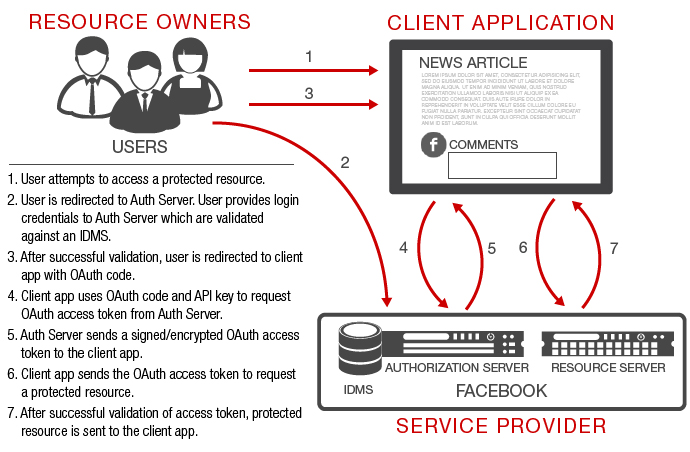 All of the above challenges can be overcome by introducing the API gateways in the 3-Legged model. 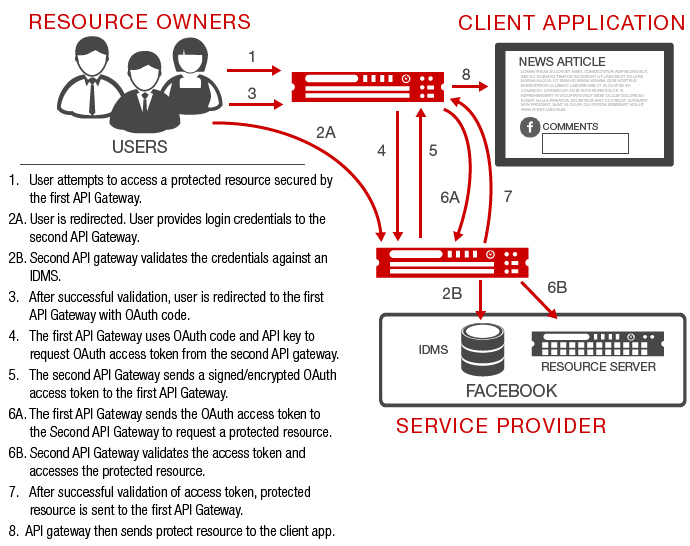 The above figure illustrates two locations where an API Gateway can be deployed in the 3-Legged model to make the infrastructure OAuth enabled, without any modification to the applications. The gateway at the top is an OAuth client. The gateway at the bottom is an OAuth server. The loose-coupling of OAuth with your applications by leveraging API gateways offers the following advantages:

Learn how to simplify, secure and expedite the deployment of OAuth and Single-Sign On with API Gateways in your infrastructure by requesting a demo.

Let us show you how an API security gateway works